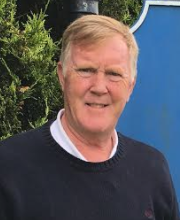 A Special Agent with the Federal Bureau of Investigation for 22 years, Mr. Lyons was assigned to investigate complex financial fraud including financial institution fraud, Ponzi schemes, mail and wire fraud, insurance fraud, public corruption and computer fraud. He spearheaded the development of the FBI’s National InfraGard Program. Following his FBI career, Mr. Lyons was a Vice President with KeyBank, where he led the Background Investigations Unit and the Fraud Detection & Risk Analysis department. 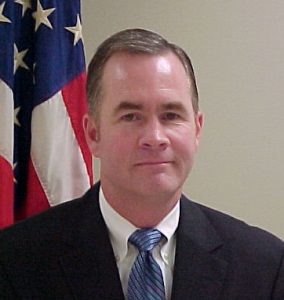 Robert Herndon spent 28 years as a Special Agent with the Federal Bureau of Investigation, retiring as a Supervisory Special Agent with responsibilities over complex financial-crimes investigations. Mr. Herndon joined Walmart following his career with the FBI to address bribery issues that affected the company in international markets such as Brazil, Central America and China.

Mr. Herndon worked a variety of national cases during his FBI career to include the first prosecution in U.S. history of a U.S. District Court Judge on bribery charges; the national health care fraud case of the year – a case in-which a pharmacist purposely diluted chemotherapy drugs; and a corporate fraud investigation that became the basis for the movie The Informant, staring Matt Damon. He is also a highly decorated retired FBI Agent who received the Attorney Generals Award for Distinguished Service and was named Agent of the Year for his work on several white-collar crime investigations.

Mr. Herndon is a frequent speaker at AICPA and American Bar Association events. He is a graduate of the University of Kansas with a degree in Accounting, a Certified Public Accountant (license not active) and worked in Public Accounting prior to joining the FBI. 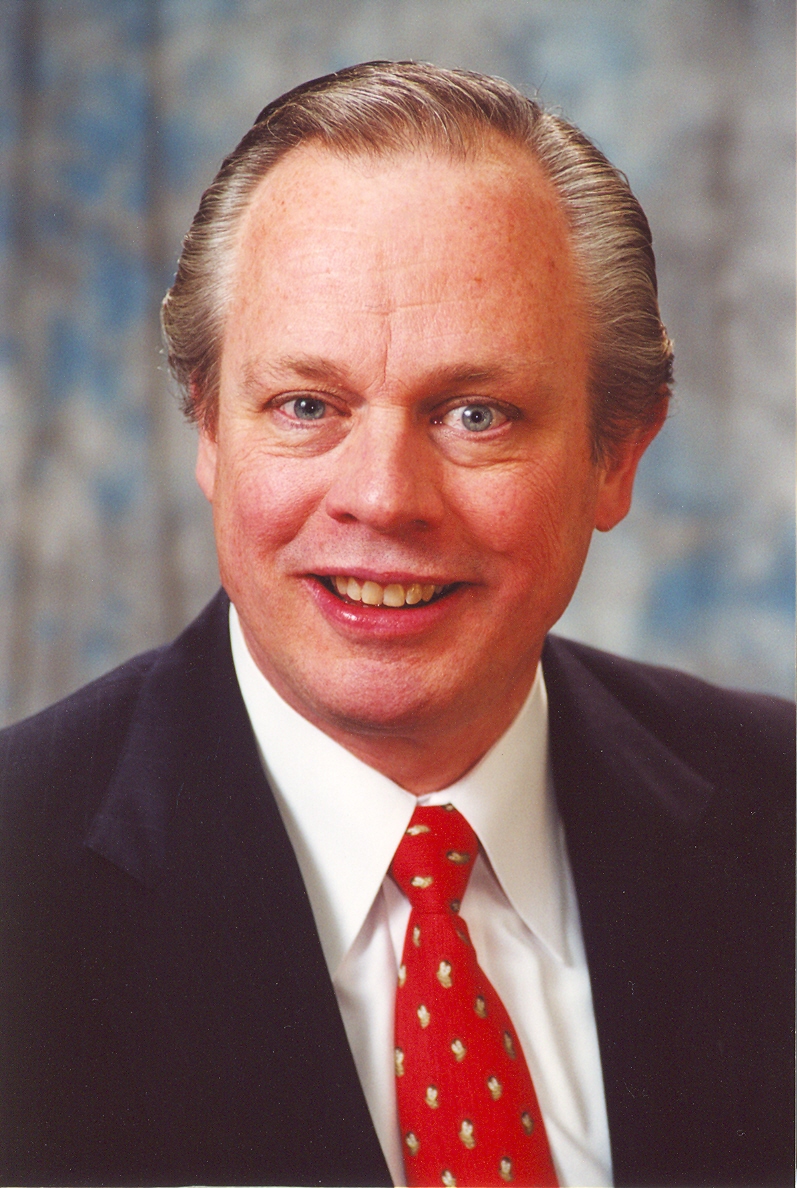 Thomas J. Baker is an international law enforcement consultant. His background includes 30 years of investigative, management, and crime prevention with the FBI. He has extensive experience with police management and training issues, having served as a management instructor at the FBI academy in Quantico, Virginia. He has been published in professional journals, both nationally and internationally, on aspects of biometrics, major case management, and police training. He has presented before national and international forums, on television and radio, concerning these topics as well.

Mr. Baker’s international experience is extensive. He served as the Legal Attaché at the American Embassy in Canberra, Australia, where he was responsible for maintaining U.S. law enforcement interests in a large part of the Asia Pacific area. He then was assigned as the Legal Attaché in Paris, France, where he developed expertise not only in Western Europe but in much of Africa. These experiences were in the operational as well as the diplomatic arena. He was commended by the FBI Director for his role in the investigation of major terrorist attacks.

Mr. Baker holds a Bachelor’s degree from Fordham University and a Master’s degree in Public Administration from the John Jay College of Criminal Justice. He successfully completed the Senior Command Course at the Police Staff College, Bramshill, England. He is a fluent French speaker. 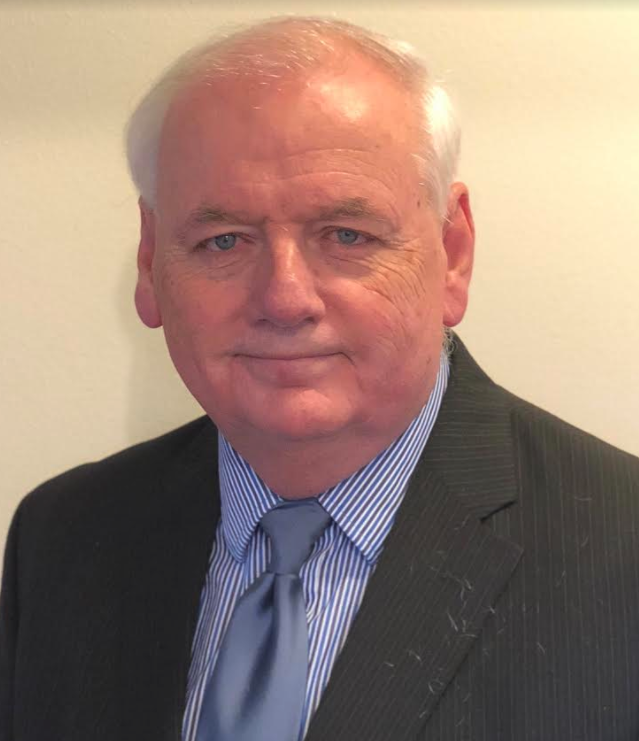 Richard Ford is a highly trained and respected international security consultant, accomplished investigator, effective team leader, manager and teacher with over 35 years experience throughout the world. After 5 years as a Military Intelligence officer and 20 years in the Federal Bureau of Investigation (FBI), he now lives and works in Brazil where for the past 11 years he has provided security consulting, investigative and risk management services, litigation support and s variety of training seminars on personal protection, negotiation and corporate compliance to clients throughout South America. Richard is a graduate of Brigham Young University and speaks Spanish, Portuguese, Italian, French and Bulgarian. 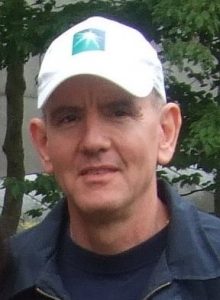 Over the course of his career, Mr. Berenberg was responsible for investigating and managing some of the most high-profile fraud and corruption cases in federal law enforcement. These
included cases involving the United States foreign assistance program in Russia in the late 1990’s, Iraq and Afghanistan reconstruction projects in the early 2000’s and nuclear and renewable energy projects post-2010. For the latter part of his career, Mr. Berenberg refined and honed an expertise for writing targeted reports for specific audiences on high-profile cases. Mr. Berenberg holds a Bachelors degree from the University of Oklahoma and is a graduate of the Federal Executive Institute. 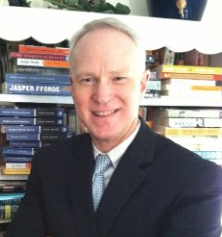 A Certified Public Accountant (CPA) with 35 years of distinguished service in the US government and private sector in the areas of accounting, auditing, financial management, fiscal accountability, and fraud prevention and investigation. Mr. Taylor has held senior management positions at USAID’s Office of the Inspector General and the Office of Acquisitions and Assistance’s Contract Audit Management branch office, as well as the Millennium Challenge Corporation’s Department of Compact Operations. He has directed and conducted numerous financial and performance audits and pre-award assessments, overseen independent audit firms auditing USAID award recipients, and formulated financial management and fiscal accountability policies. For the first 15 years of his career, Mr. Taylor was an auditor with the Defense Contract Audit Agency (DCAA) providing a wide range of audit services within the US, Europe, Africa and the Middle East. He also holds a Bachelor degree in Accounting from the University of Massachusetts and an Associates degree in Criminal Justice from Bristol Community College, as well as certificates as a Certified Fraud Examiner and Chartered Global Management Accountant. 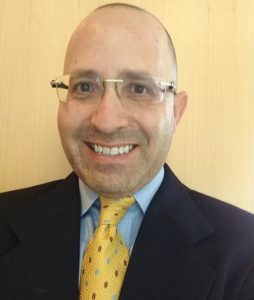 A Certified Public Accountant (CPA) and Certified Fraud Examiner (CFE) with over 39 years of distinguished service in the US government and Maryland state government in the areas of accounting, auditing, and fraud prevention and investigation. Mr. Barnett has held senior accounting and audit positions al USAID’s Office of the Inspector General (the Office of Audit and Office of Investigations). He has directed and conducted numerous financial audits, forensic investigative assistance, and pre-award assessments. For the first 8 years of his US government career, Mr. Barnett was an auditor with the Defense Contract Audit Agency (DCAA) providing a wide range of audit services within the US. He also holds a Bachelor degree in Accounting from the Bowie University. 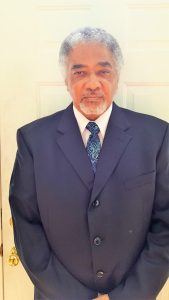 (Identity intentionally not publicly disclosed for security reasons), possess an MBA in Auditing and Management, and is an accomplished Security Specialist with over 14 years of experience working for the U.S. Embassy, supporting multiple U.S. Missions throughout Africa. In her capacity as a Forensic Auditor for the U.S. Government, her responsibilities included preparing and reviewing financial audit plans for 10 U.S. Missions. Her investigative experience included working directly with the FBI, where she was called upon to support both U.S. Government and Foreign Government Security agencies and corporations, on complex investigations impacting U.S. National Security and corporate assets. One of just many of her current functions includes overseeing the investigative operations in West Africa for an International Security organization, which conduct investigations of fraud allegations for international organizations, in addition to international risk assessment analysis and procurement system reviews. Her background of being raised in both a Christian and Muslim household gives her a unique perspective into the bicultural sensitivities, essential to garnering the trust and cooperation in many culturally and politically sensitive environments. Her regional footprint which currently covers multiple countries throughout Africa, stellar professional reputation, and her fluency in five languages; English, French, Portuguese, Wolof, and Creole; assures she can successfully cultivate effective relationships to manage crisis situations and resolve complex security issues involving the international community.

Use this form to contact us with your inquiry. All information remains strictly confidential whether or not DFI is hired to investigate your matter. Please answer the basic questions as much as possible, to include who was involved, what happened, where it happened, why it happened and when it happened.